Author is not an alien 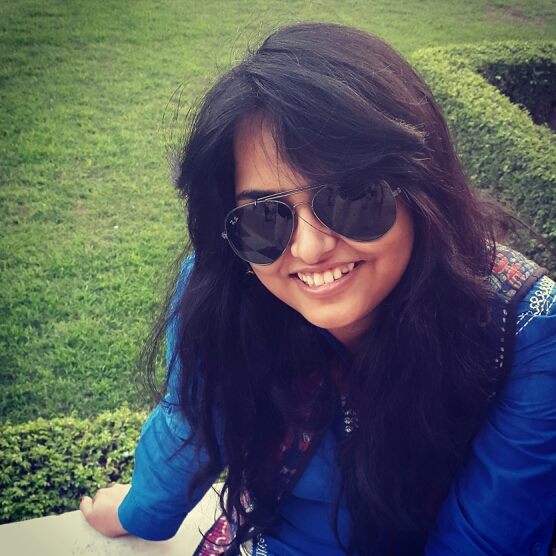 I write because we had deleted enough

This story continues from the previous post ,read the previous part of story here :
http://www.knowthousif.blogspot.in/2014/09/gsmr-of-blogs-chapter-3-meeting.html?m=1

Here goes the fourth chapter - The Imperfect Click
"The same evening   which sprayed orange and red colors on the canvass of sky ,nearby in a resort a family was enjoying their long deserved break. As Tara came back to the room from her ayurvedic spa appointment all refreshed and relaxed  ,to her utter disappointment she saw Senior and Junior Dutta engrossed in their laptop and tablet .While Shekhar was frantically noting down something in his diary too ,Roohi was lost reading something on her Tablet ,the tablet which her papa brought on her birthday in spite of Tara’s disapproval.
Tara: and I thought we were on a holiday .I was always accused of being superbusy and look at my sweet gadget struck family oblivious of the beautiful sunset
Pointing towards Roohi ,she  said ”Beta why don’t we go out to the beach and play”
Roohi did not flicker,to which she turned towards Shekhar “Shekhar ,I always opposed this idea of introducing children to these gadgets at such a young age but you and your “Let the child learn from his own mistakes “ theory ,most of the time she and her tablet are inseparable.
Shekhar smiling and still noting down something said ”You know what’s the problem is. We have to face the truth that as a society we do not exhibit concern for what our child is interested in. We just try to mould these little clays into what we want. Roohi is a child whiz , she reads blogs ,learns programming gaming and lest we can do is to discourage her .
Tara: Ok! Ok! My lord .  Now will you keep that machine  off so that we can have a nice coffee on that beachside cafe .
Shekhar- I am really sorry dear .Some important work cropped up and you know freelancing is all about deadlines .Why don’t you two go and I will join you in an hour.
Tara: Ok dear ,turning to Roohi she said ”Beta when we were of your age ,we used to play a lot outside ,no computers ,no tablets ,lots of games ,outdoor games”
Roohi: But why mumma?
Tara: Because we enjoyed it and physical activity is good for your health too beta
Roohi (Giggling) : Naa mama, because tablets were not invented then and computers were not introduced in India.
Hearing this Shekhar and Tara burst out laughing .Embracing her innocent yet genius child ,she pulled her out towards the beach and Shekhar went back to his work.
Under the same sky which was becoming orange to red and as darkness was slowly making its way ,Anne and Cyrus were bulding castles ,castles of a happily married life together .With the sun setting in backdrop ,Cyrus wanted to wave goodbye to his tumultuous childhood and have that perfect beginning with Anne .
Anne- If you are done with your beer ,can we go to the cultural center to watch the kathakali performance as you had promised.
Cyrus –No, do you really want to move out of this perfect romantic setting to watch a classical dance performance.
Anne- Yes sweetheart ,the setting is not romantic its your presence that is more romantic and you can’t backtrack from your promise ,you know how much I love discovering the cultural diversity
Cyrus- As your wish madam
Anne smiled and hugged Cyrus at his little gestures of love .Back in the resort as Cyrus was taking a shower ,his phone rang ,she picked up to see who it was and shouted “ Cyrus, its your dad calling “
“Ignore it” replied Cyrus ,the phone went unanswered and when Cyrus dressed up for the cultural center ,Anne asked “23 missed calls Cyrus ,why don’t you talk to your dad .There must be some urgency. “
Cyrus: There is no urgency , he just enjoys troubling me
Anne: I know you both are not in very good terms , but please answer his call just for my sake
Cyrus took his phone and went in the balcony to call his dad, the one thing he could not do was to say no to the girl he loved the most in the world ,There in the room ,Anne knew how difficult it is for him to do that and she made a silent promise to herself ,never ever let go of the love that they shared. The pitch rose accompanied by long silent pause and when Cyrus came back into room ,anxious Anne asked “What’s the matter Cyrus? Is everything ok? “
Cyrus stood silent for some uncomfortable minutes and then said  ” He wants me to return back “
Anne – when?
Cyrus – Tomorrow  ,but we are not. Let’s move out , its suffocating in here .

While Tara was sitting at the beach side and enjoying the coconut water with her princess listening to her never ending stories , she thought how much her daughter missed out talking to her and with elections to be announced ,she was going to be more than busy. Suddenly she felt a hand on her shoulder, “Papa “ screamed roohi with Joy
Tara- Thank God you are here ,the hotel staff told me about the scheduled Kathakali performance at the cultural center today .why don’t we take Roohi there today and dine out at some local eatery?
Shekhar- One bad news dear, we need to return back
Tara- BACK! But why? And when?
Shekhar – One important story that I have to cover, today night itself
With that disappointing look , they returned back to the resort for a hurried packing.
From God’s own country to the financial capital ,everyone got back to their work. With election rallies ,campaign trails Tara became very busy. She called her mother in Kolkata but when she learnt that Dad was not keeping up well , she refrained from asking her mother to come over.

Two weeks passed since they returned from Kerela and when she returned back home one Saturday ,she found Shekhar at home. She hugged him as all these days she hardly saw him
Tara: when did you come back ? And as I can see you two have not taken your dinner?
Shekhar- This evening only . you freshen up so that we can have dinner together
On dinner table Tara complained about Mumbai’s harsh weather and then she yelled “Why doesn't the maid can cook laal maans properly? In which language do I have to tell her not  to overcook the meat and look at the rice ,it looks like a soup”

Shekhar sensed something was troubling her ,he said” What happened? Why are you so pissed off? Its certainly not the Laal maans?

Tara- Yup, its my new cameraman or rather I should say camerawoman .Durjoy who was accompanying me to cover stories since two years resigned god knows why and boss told me this girl Jennifer will take her place . Election season is so crucial Shekhar ,and now working up with a new girl .Boss said she is very good with camera and you know when she walked into my chamber she looked as if she has just walked out of a rock concert “ Multiple accessories of which I lost count of ,cargo pants ,a tattoo which she said is of phoenix  ” .My first reaction was “ lok Sabha elections and she would be my cameraman”

Shekhar- Your camerawoman sound intresting (* winking*) and now you are breaking the golden rule ,no talks of work at home ,look what I have for you
Shekhar pulled out a photo frame with a picture and placed it on the tea table ,Tara picked up and she exclaimed with joy” AWW ! its of kerela that perfect evening when the phone battery died out “

Admiring the picture ,she suddenly noticed “ Look that guy ,one who was wanted to sue ,he has come into the background .Oh he spoiled this nearly perfect picture”

Tara smiled and lovingly looked at that picture

Read the next part of story at http://silentlyexpress.wordpress.com/2014/09/17/chapter-7-the-rebel/

“Me and my team are participating in ‘Game Of Blogs’ at BlogAdda.com. #CelebrateBlogging with us.”

Sehar
In the reach of my arms The span of my hips, The stride of my step, The curl of my lips. I'm a woman Phenomenally. Phenomenal woman, Wanderer Wordweaver Woman. Motto of Zindagi- Life is for once.......Make it LARGE